Jane Austen's unfinished novel Sanditon to be adapted by ITV .

Jane Austen’s unfinished novel Sanditon is being adapted into an ITV series by Pride and Prejudice screenwriter Andrew Davies.


The final incomplete novel about a young woman, Charlotte Heywood, who moves to the sleepy seaside village of Sanditon and meets a man who is trying to turn it into a fashionable resort, was written only months before Austen died in 1817, and has never been adapted before.


Davies said the adaptation was a “privilege and a thrill” and will feature “a spirited young heroine, a couple of entrepreneurial brothers, some dodgy financial dealings, a West Indian heiress and quite a bit of nude bathing”.


When Austen died in July 1817, Northanger Abbey and Persuasion were still to be published. But after her death, Sanditon surfaced. It has been described in the Guardian as being “notable for its unprecedentedly forthright reatment of sexuality”.


Polly Hill, head of drama at ITV, said: “There is no one better to adapt her unfinished novel than Andrew … it’s a rich, romantic, family saga built upon the foundations Jane Austen laid.”


Davies, who has previously worked on adaptations of Pride and Prejudice, War and Peace and the forthcoming Les Misérables, said: “Jane Austen managed to write only a fragment of her last novel before she died – but what a fragment.” Austen completed 11 chapters of Sandition before her death.


Filming is expected to begin in spring 2019. theguardian

The rose on the front of Jane’s home is looking more beautiful everyday! For those of you asking the name its Rosa Noisette ‘Blush Noise... 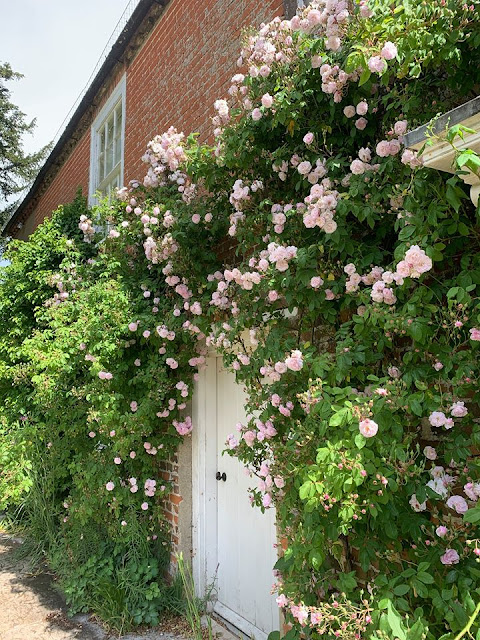